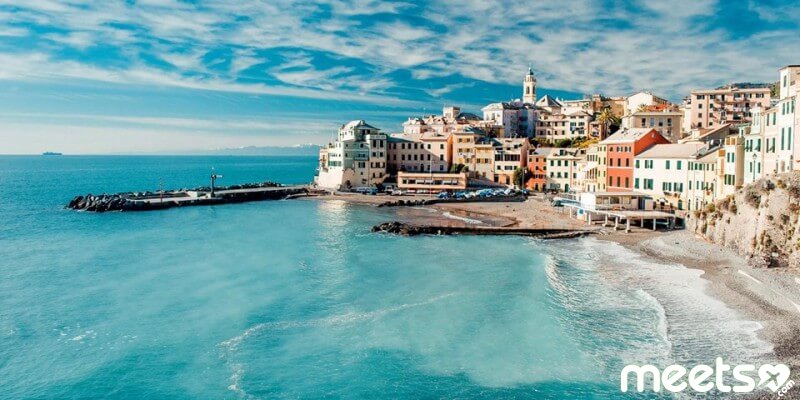 It sounds quite attracting, but is it really so? Believe it or not, there are such places in Europe (and not only there) where you can buy a real estate for almost a penny.

Sometimes the authorities of these cities try to improve the welfare of their settlements by any means. One of the simplest and at, the same time, unusual ways is the sale of real estate for a symbolic price. But when you buy the house, you must agree to the conditions that sellers impose them to you.Rappoptenstein (Austria) In 2009, the authorities of the Austrian village of Rappottenstein, located near the Czech border, took an unusual step to increase the population: all newcomers were given the opportunity for 1 euro to purchase a spot of land of 800 or 900 square meters.

However, the buyer should obey the following conditions: those who received the piece of land had to be either married couples or, if single, they were supposed to give birth to at least one child within the next ten years, and within three years to erect a house on the land they bought. If these conditions are violated, the new landowners had to pay a fine of 12 thousand euros.

In the French town of Shan-du-Boule in the department of Calvados you will be offered to buy a plot of land for the construction of your future house for only 1 euro per square meter (the size of allocated allotments is about 1000 square meters). The purpose of this action is precisely an increase in the number of inhabitants of this locality. In 2010 there were fewer than 400 inhabitants, and most of them were English.

However, the offer is valid only for buyers with “serious intentions” – those who decide to settle here for permanent residence and will be able to invest in the construction of the house. Nationality and citizenship of the applicant do not matter, it is more important that the family has children. The authorities of the city of Kobridge in Staffordshire are trying to give a second life to abandoned houses and to renovate the city. In the city there are several dozen houses at a price of 1 euro.

However, this symbolic price is considered the initial investment in the future house, as real estate is sold with a further obligatory payment of 30 thousand sterling pounds. This amount includes repairing and restoring the house. Or you need to provide a confirmation that you have savings to restore the house. For five years, the real estate can not be sold. The Liverpool district of Enfield is a depressing location, although it is right here where the eponymous home stadium of the legendary Liverpool football club is located. Houses here are sold for a pittance, and a special offer from the city municipality is a two-story house that will only cost 1 euro.

The purpose of such a program is the transformation of dilapidated housing into beautiful houses. Before selling, the city authorities do all the most difficult work to restore houses. But the future owner should be British living and working in Liverpool. This commune in Italy is located in the Piedmont region, in the province of Alessandria. The houses for sale are located in the surroundings of the five valleys, which have long been chosen by monks. The authorities of Carrega Ligure launched this project to withstand the desolation of the village, where only 98 people live in 13 districts – this is one of the least populated Italian settlements at an altitude of 950 meters above sea level. These places are famous for their excellent ecology.

The dwelling will need to be restored using environmentally friendly materials only. Also, the new owners should preserve the authenticity of the general exterior of the buildings. In this Italian village you can get a house for a symbolic price. This is due to the fact that almost all residents are trying to move to big cities in search of work and better opportunities for living. The authorities of the commune auctioned 20 houses for 1 euro to increase the population and give new life to Ganji.

But bare in mind that the condition of the houses for sale is very bad and the property will have to be restored at your own expense. The purchase of any property in Sicily costs 6,000 euros, and when buying a house in Ganji, the future owner has to make all the necessary repairs within five years. A tiny island in the Pacific Ocean (this is the overseas territory of Great Britain) is so keen to increase its population that it resorted to offering free land to those who would like to settle there. In 2015, they even legalized homosexual marriages. The population of the island was shrinking from a peak level of 200 in the 1930s to today’s 56 residents.

A person who wants to settle on the island of Pitcairn, should be independent and, perhaps, engaged in their own business, since it is difficult to find work there. Nevertheless, the government is ready to provide people with free land for the construction of a house, which must be built at their own expenses. It is also necessary to prove their solvency by providing bank statements on the availability of at least 30 thousand New Zealand dollars. According to preliminary calculations, the construction and furnishing of a house of 160 squares costs about 150 thousand New Zealand dollars. Another thing to consider is that the island of Pitcairn is one of the most inaccessible places in the world. In a small village on the border with Belgium, houses are sold at a symbolic price of 1 euro. The purpose of the program is to breathe new life into the region. But one thing is clear – the building will be in a deplorable state. The reconstruction should be done at your own expense, and you can not sell the house for five years. Everyone knows that Japan is overpopulated, but here too young people flock to megacities, leaving remote regions almost empty. On the western coast of Hokkaido, the authorities are forced to give out plots of land for free. There is only one condition: you need to build your house in three years and formally settle there. Buying a house on the Italian island of Sardinia for just 1 euro is offered by the authorities of the town of Allollai and the commune of Nulvi. The only requirement for the buyer is a complete renovation of the building within a year after the agreement of buying the house. And this renovation will cost at least 20 thousand euros.